LaTeX errors are of different level of seriousness. Texifier classifies them into three different types, depending on their severity (see apps/workspace/sidebar/typeset-results/issues-list for more details). When commands such as \ref{}, \citation{}, etc. carry an invalid argument, i.e., they refer to an entry that does not exist, Texifier shows this as a warning listed as a row carrying a yellow warning triangle .

By default, Texifier only shows the most serious errors – those carrying the red error triangles . This means that warnings about missing references and citations will not be shown in the list of issues on the sidebar. This can be seen below where a missing reference \ref{badsection} and a missing citations \cite{inexistent} are shown in the output PDF as ?? and [?] respectively, but the corresponding warnings are not listed in the issues’ list of the sidebar: 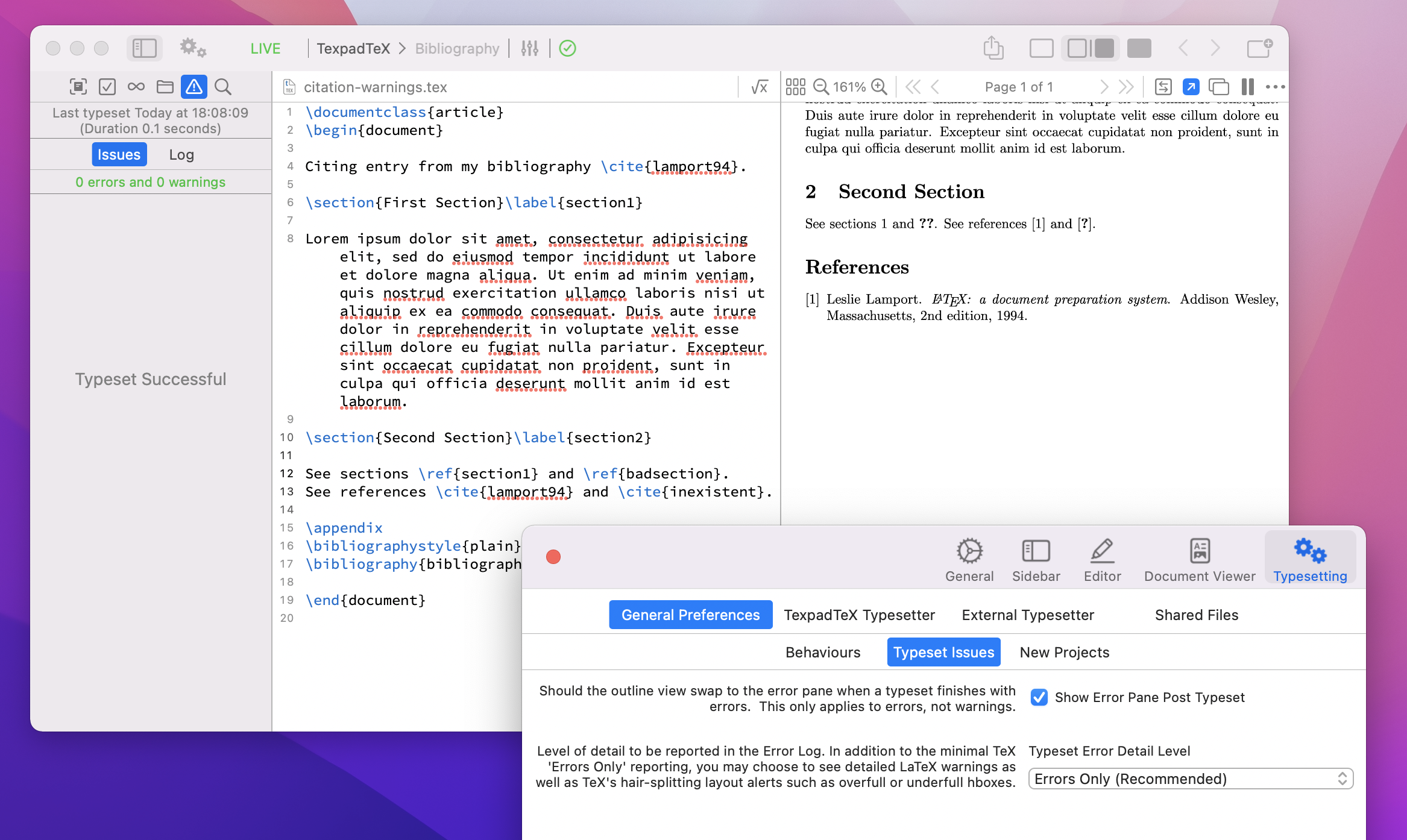 To see these warnings in the list, set the Typeset Error Detail Level to Errors & Warnings: 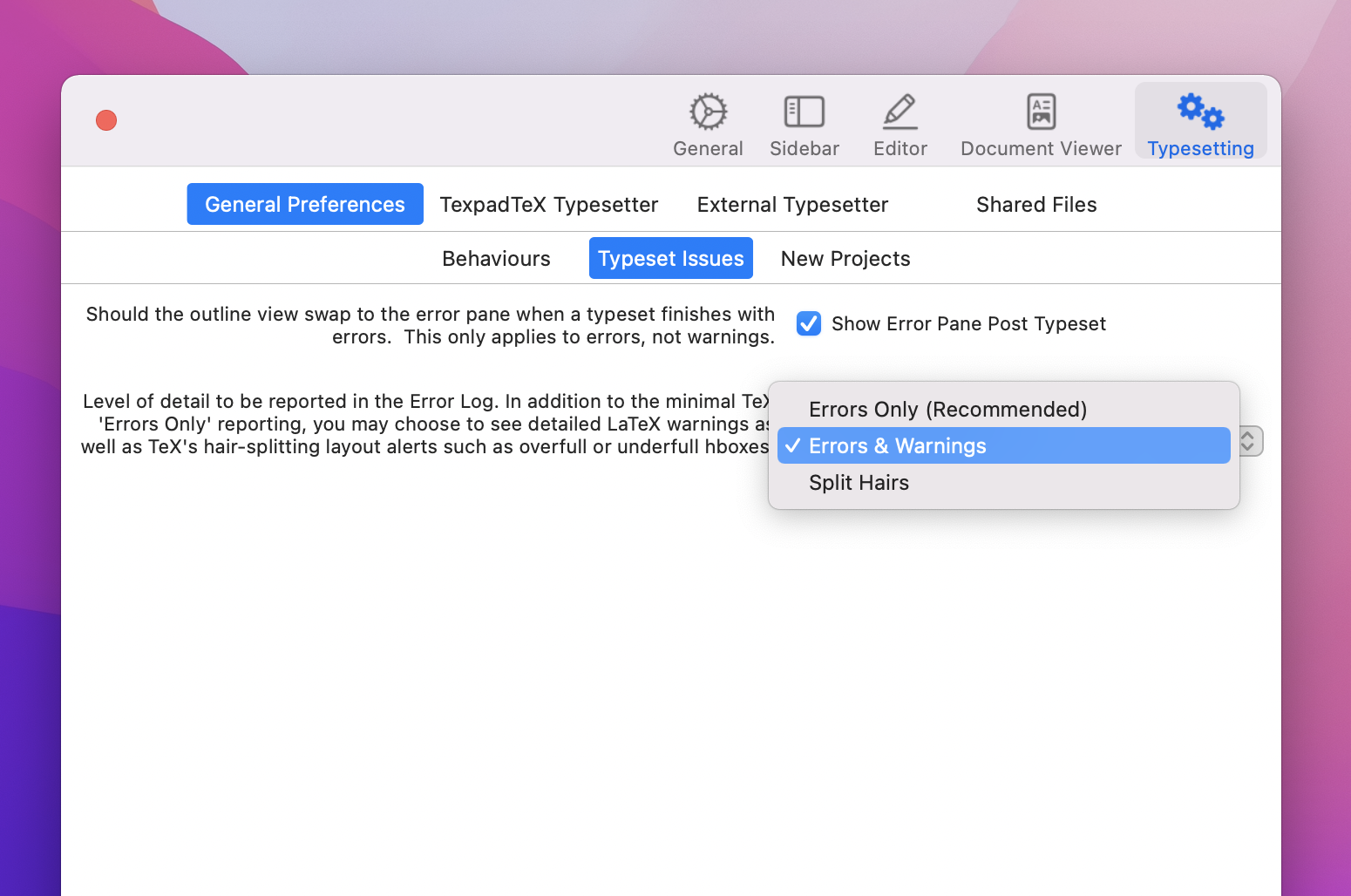 The missing reference & citation warnings will then be shown both in the sidebar as well as highlighted over the line number in the editor: 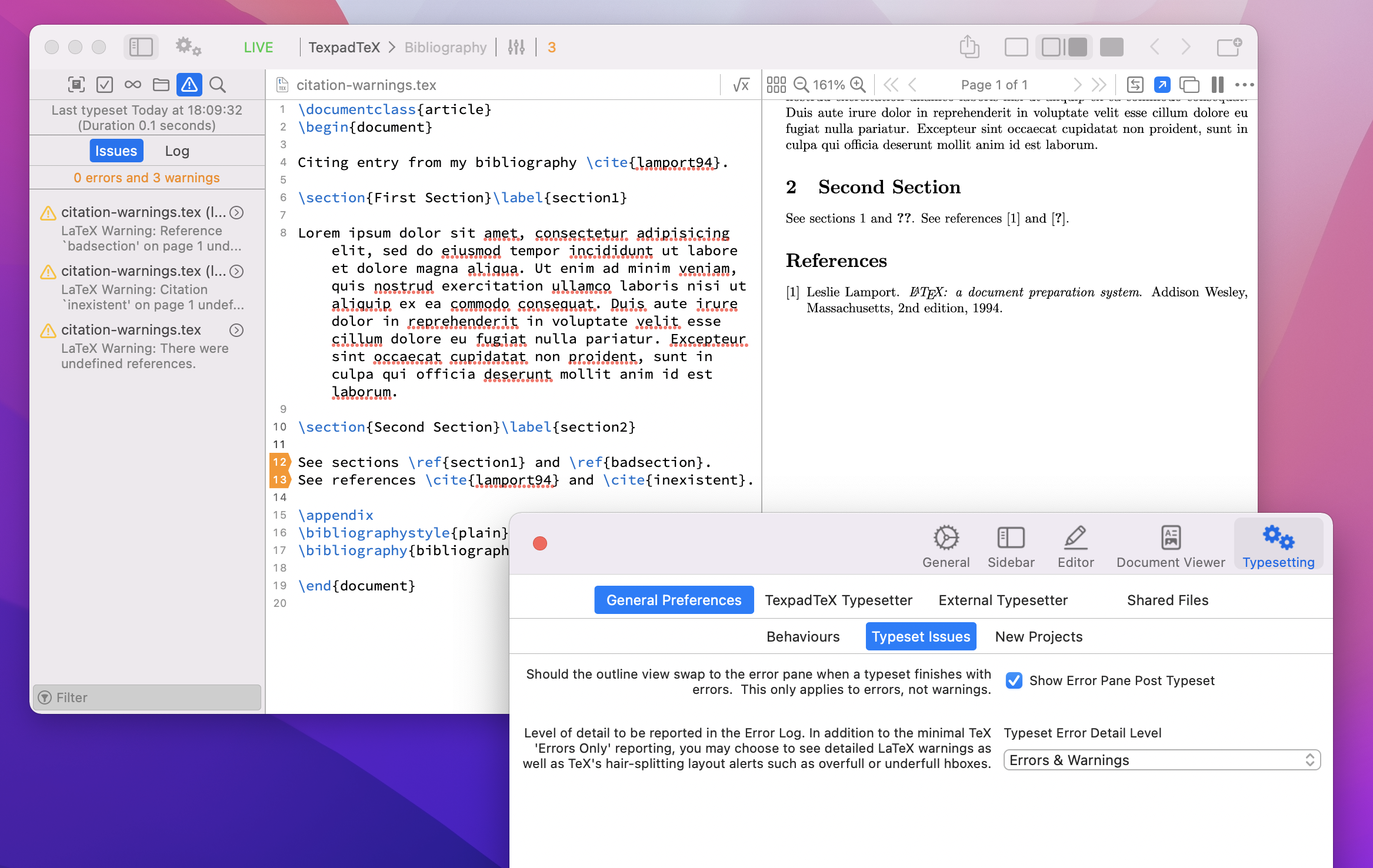